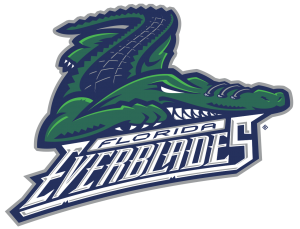 Longtime JSG student and Williamsville native Steve Racine is in his first season as a pro hockey player after a four year career at the University of Michigan. And after amassing a 50-22-7 record during his outstanding stint with the Wolverines, Racine has now added another one in the win column. Playing for the Florida Everblades of the ECHL, Racine picked up his first win as a pro hockey player back on February 25th.

Playing the Elmira Jackals, Racine was strong in net. After giving up an early goal, he shut them down, putting the Everblades in a position to take the lead. Which they did, until a goal late in the third tied things up to force overtime. There, Racine would shine again, stoning a Jackal’s player on a breakaway. Not much later, the Everblades finished things off, helping Racine earn that first “W”.

When all was said and done, Racine made 22 saves on 24 shots. The first of many, he will look to build off of that solid performance and continue to help his team. Congrats Steve!